This week’s Customer Car Gallery features a 1999 Nissan 200sx S14a, with a 1998cc engine, which belongs to Ryan, who is insured via one of our modified car insurance schemes. When Ryan first bought the car, it was 197bhp as standard. He has now transformed the car into a spectacular looking vehicle running at a powerful 430bhp with 380 ft-lb of torque.

The car has been transformed in terms of both the appearance and the performance. We put a few questions to Ryan regarding the transformation of the Nissan 200sx S14a and his passion for cars…

When did you first discover you have a passion for cars?

I have loved cars since a very young age; I always had toy cars and video games. Really became fired up about them when I was 16 and spent a year planning what I’d do to a first car. 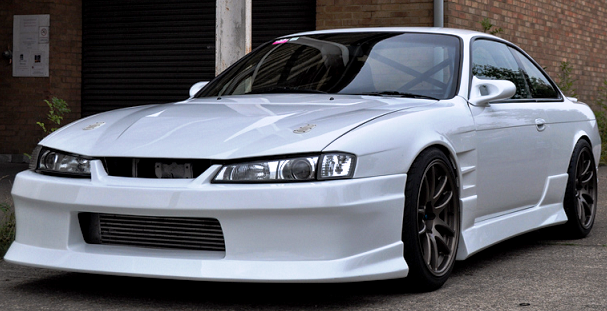 How has your car transformed from when you bought it, to now?

I bought it as an almost standard road car with some minor engine modifications and an aftermarket turbo. From there I stripped the car to a bare metal shell, no glass, no wiring, and rebuilt it into a track car.  Everything on the car was new; body panels, wheels, suspension, ECU, engine, even most of the nuts and bolts that it went together with were bought from Nissan.

Here is just a small snapshot of the list of modifications the car has undergone:

We would like to say thank you to Ryan for the insights into his car and how it has been modified into the car you see today. It’s clear to see that a lot of hard work has gone into it.

If you would like to see more pictures of the car, visit our Customers Car Gallery.