So first there’s drifting, then there’s Michelle Westby – the female drift driver taking the scene by storm! Not only has she been on the podium at the Drift Cup, performed drifting stunts in the Ben Collins DVD, and taken part in many Drift Demos at Santa Pod Raceway, she’s also insured with us here at Sky, and we are THRILLED about that – we do love a modified car.

She’s been featured in many magazines, such as: Total Nissan, Max Power, Fast Car, Super Charge, and also had features in newspapers such as: The Sun, and the Daily Star.

Michelle’s first ever car was a Toyota Mr2, but now she owns a Nissan S14a which she’s always happily drifting around a track. Whilst learning about the cars she’s owned, we thought it would be a great time to take a glimpse into her world, and speak with her about her passion for drifting and all things car related!

So, why not hear it for yourself? Here’s an insight into Michelle’s world but be warned, not only will you be a little jealous, you may also want to take up drifting as your next hobby (if you haven’t already)…

“From around 2 years old I knew I liked cars. I wasn’t your typical girl toddler playing with dolls – I had a Hot Wheels collection instead. And the older I got, the more my collections became bigger and costed more to fund.

When I got older, I decided to do something about this passion and turn it into a reality – around 5 years ago now. I knew I had always been interested in cars and racing, but I hadn’t really seen much of the drifting world until I worked as a promotional model for the European Drifting Championship. This is where I saw drifting for the first time and remember being absolutely mesmerised by it. Immediately I wanted to give it a go myself, so I did. I owned an Mr2 back then and was advised that it wasn’t the best car to learn in. One of the drivers recommended I went to a ‘Drift What you Brung Day’ at Santa Pod with him and learn the basics in his Nissan S15. I obviously took him up on this offer and after an amazing day I was hooked. It was from that point forward that I started saving and eventually purchased my own Nissan – an S14a.” 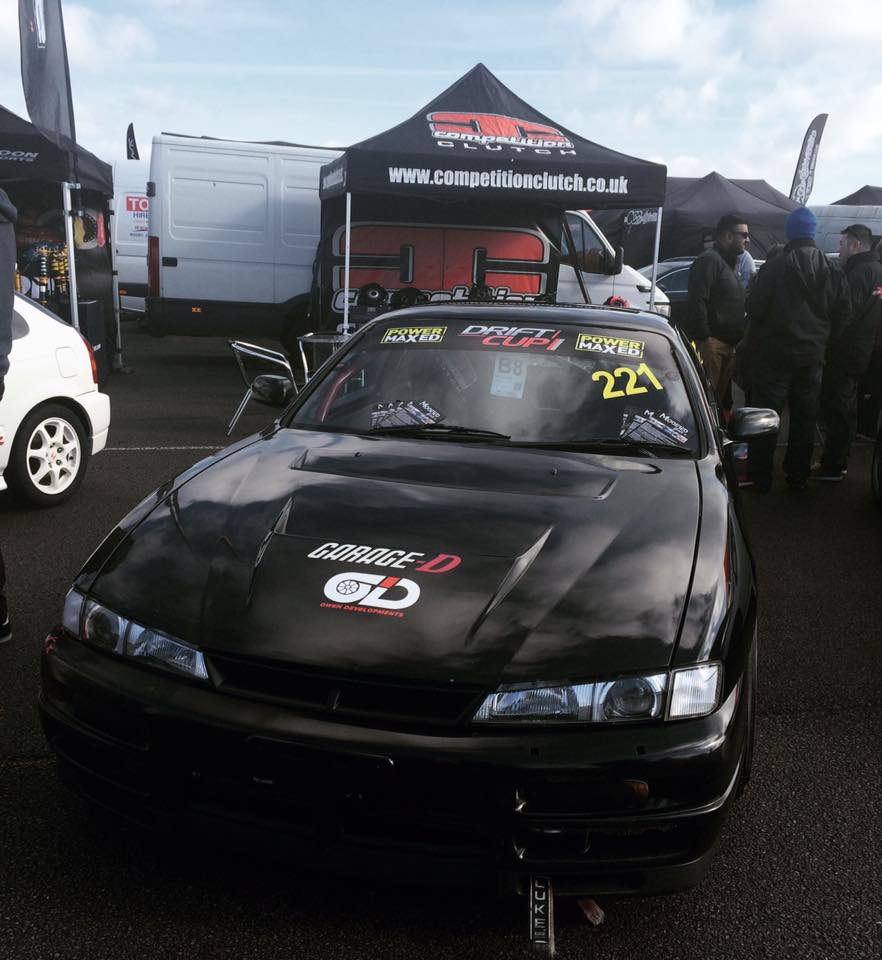 “My car isn’t far from standard but I’ve ensured it’s been modified to include the basic modifications to help with drifting. I changed the standard wheels for Rota Grids (17 x 9.5 et12) to increase grip, added a roll cage for safety, upgraded to a Japspeed intercooler, inputted the Driftworks CS2 suspension, added a bucket seat and a harness (for safety). I then vented the bonnet to keep the car cool, upgraded to an Exedy Clutch and Japspeed exhaust, and from there – I was good to go!

In the near future however, I actually plan to add some more modifications to the car. ‘Huxleymotorsport lock modifications’ will be going on the car. Also after the standard SR engine finally giving in after 4 years of abuse, I hope to remap the replacement SR engine and get the Owen Developments turbo to gain around 320BHP. I also hope to finally get a kit on the car to give it more of an aggressive look.”

“This year, I completed

the full season of Drift Cup. I was lucky to get my first Podium at Round 2 in the Norfolk area by coming second.

I went to Driftland this year but unfortunately encountered issues with the car in-between rounds. I did however go on to get the ‘Hard Charger’ award in the final round.

I attended Jap Fest at Silverstone earlier in the year with my car, and I was on the Competition Clutch stand. I’ve also done Drift Demos in the ‘Santa Pod Skyline’ at some of the major Santa Pod Shows: Jap Show, Fast Show, USC, and Jap Show Finale.

Another highlight of the year was that I attended the ‘Niss Show Day’ and done passenger rides all day in my car.

This October, I’ll be Drifting at Matsuri in Anglesey. I’ve wanted to attend more shows, but with the unlucky car issues I experienced – a lot got put back.”

What does the future hold? 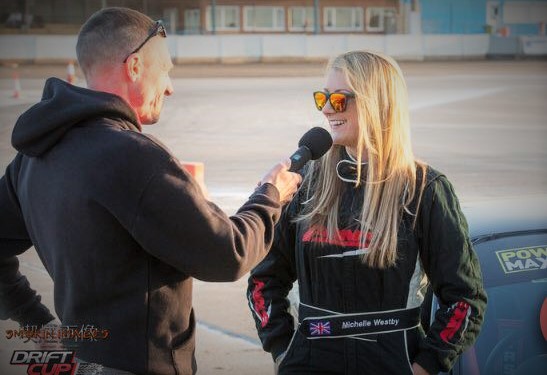 “I plan to compete in DriftCup next year, the aim is to finish top 4 in one of the rounds or overall to then get the opportunity to move up to the British Drift Championship (let’s wait and see).

In the meantime, I’d like to say a huge thanks to: Garage D, Huxleymotorsport, Pro Tuner and TDF for helping me along my journey. Couldn’t have done it without you guys 🙂 “

We would like to say a huge thank you to Michelle for taking the time to talk with us, and for providing us with such a passionate story about life in the drifting lane. If you want to see more pictures of Michelle’s car, you can visit our Customers Car Gallery page.

Want to know how to get insured on a modified car? Visit our Modified Car Insurance page.

Drift on girl, we’re looking forward to seeing more of your amazing work in the future 🙂