Toyota is one of the most common marques that we put on specialist cover here at Safely Insured. However, setting aside the popular Supras, which we have featured many a time in the past, we’re taking the time to appreciate Tommy’s Modified Toyota JZX100 Chaser Tourer V.

The Toyota Chaser is a car that has performed something of a metamorphosis, transforming itself through 6 generations in 34 years. Initially intended to be a competitor to the Nissan Skyline, the Toyota Chaser came into its own and gained a loyal fan base with car enthusiasts everywhere.

Its single turbo set-up allowed a great base for modifications. In fact, Toyota won the 1998 Japanese Touring Car Championship Season with a highly modified JZX100.

Our customer Tommy also appreciates the Toyota JZX100 Chaser as a base for his modifications. Let’s take a look at the extensive modification list. 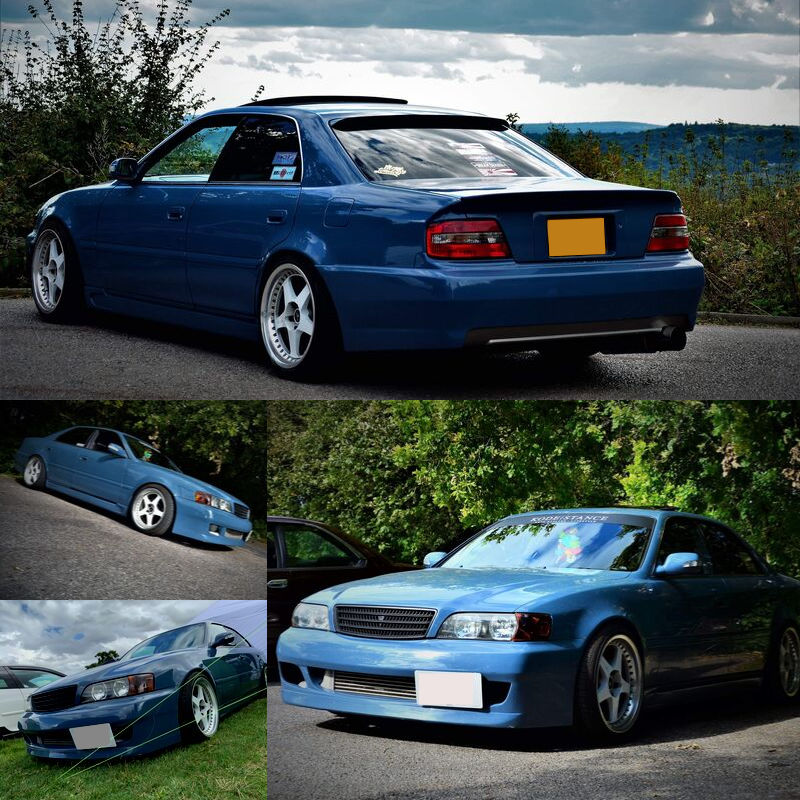 What inspired you to buy the Chaser?

“I saw a video when I was 13 of mountain drifting in Japan and as soon as I saw the Chaser, I knew I wanted one. Then for my 21st birthday I bought myself this particular one. I bought the car through Drift Street Imports in late April 2017, it was imported, and I collected it on the 8th of August 2017.”

What do you love most about it?

“My favourite thing about driving it is that it may not be the fastest thing, but it hits you in all the feels and the sound just tops it off. It can carry 5 people in comfort, but still has the grunt to scare you silly.”

With so many modifications under your belt, do you have any advice for anyone thinking about getting into the modified car scene?

“My only advice for first time modders/importers is to find a reputable importer and to make sure you have experienced mechanics to look over any vehicle thoroughly before making any sort of purchase and to know the vehicles common issues/faults to know what you’re looking for.”

“And in terms of modding your car, it’s your car not anyone else’s. Go for what you like and can afford. If everyone liked the same thing then car meets would be very boring.”

There’s no need to hide away your modifications from your insurer. We’re the insurance specialists when it comes to cars like Tommy’s.

For further information, check out our Imported Car Insurance page.

More Information: Safely Insured Website | Insurance for a Ford | Get a Quote | Call Us

6 roads around the world to drive on before you die